We sell only first quality hay. You can see it, smell it and touch it in every bale we sell. We are certain that our standards for excellent hay quality and consistency will meet or exceed any other horse hay on the market! Why do we care so much about our hay? Because like you, we understand that hay is the foundation of the horse’s diet providing up to 90% of their nutritional needs. Superior Hay Starts with the Soil Farmers say that the quality of your crop begins with the quality of your soil. Our hay is grown in some of the most fertile soils in the country producing nutrient-rich hay that results in healthier, better quality animals. Once the growing season arrives in early spring, fields are planted with premium grass seed, fertilized according to soil analysis and treated to prevent weed growth. When baling begins in hotter weather, hay is cut, dried and baled at the right state of maturity by professional hay farmers who stay up-to-date on the latest growing methods.

Previous
Next
" Early cut alfalfa (late bud, early bloom stage) may vary from 16 to 20% crude protein. Even late cut alfalfa will contain 12 to 15% crude protein. Fiber content of alfalfa hays range from 20 to 28%. In contrast, the average grass hay averages 8.4% crude protein and 31.4% fiber. Alfalfa hay can also be useful in the diets of horses with insulin resistance. Although alfalfa hay is often higher in total energy content than grass hays, most of the energy in alfalfa hay is from digestible protein and fiber, rather than from sugars, starches and fructans. Alfalfa is recognized as one of the most nutritious forages available and is widely used as conserved forage (ex, hay, silage) in the diets of beef and dairy cattle. However, the utilization of alfalfa by grazing beef cattle has been limited due to its propensity to cause pasture bloat. Is grass hay better for horses.. Benefits: Legumes are higher in protein and calcium than grass hay, and may also provide more energy and a higher level of total digestible nutrients, such as vitamin A. Alfalfa is very palatable to horses, so they tend to waste less of it compared to grass hay. " 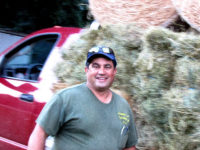 When it comes to feeding your animals with first-rate hay, you can count on Burgundy Farm to provide only the best year-after-year with great customer service.
Don’t Require a Tractor-Trailer Load of Hay All at Once? No Problem!
If you would like to purchase our first-rate hay but do not require a full trailer load at one time, Burgundy Farm has the solution. We can deliver bulk quantities of hay  that can be dropped off. 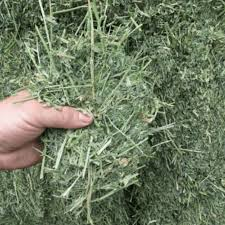 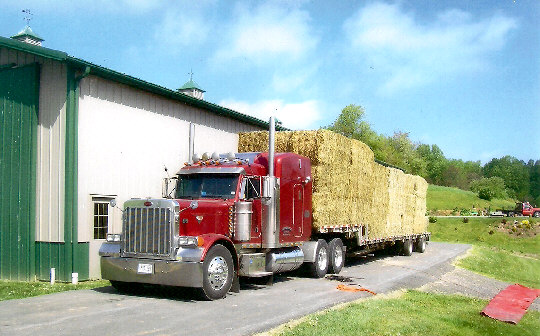 We aim to please our customers. If  you would like to pick up your hay from our farm just give us a call.
You can buy hay from Burgundy Farm one of two ways depending on your needs. Hay is delivered on your schedule. Please note that higher fuel prices may necessitate an additional fuel surcharge to the delivery price of each semi-trailer loads of hay.

We really aim to please our clients  and know that you want to purchase the highest quality hay for your animals. 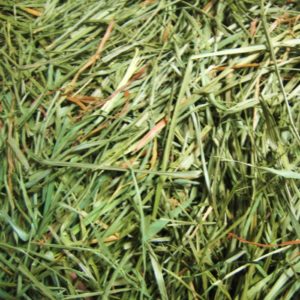 Alfalfa hay is an excellent source of good quality protein and fiber. Alfalfa is a legume hay in the pea family and is sometimes called “lucerne”. These hays are higher in protein and minerals and are more palatable than grass hays.

The Most Nutritious Forages

Alfalfa is recognized as one of the most nutritious forages available and is widely used as conserved forage (ex, hay, silage) in the diets of beef and dairy cattle. However, the utilization of alfalfa by grazing beef cattle has been limited due to its propensity to cause pasture bloat.

As a partial or full replacement — replace hay pound for pound. Alfalfa cubes, alfalfa pellets and beet pulp are more calorie dense than most grass hay; some adjustments in feeding rate may be necessary.

Is Grass Hay Better for Horses

Benefits: Legumes are higher in protein and calcium than grass hay, and may also provide more energy and a higher level of total digestible nutrients, such as vitamin A. Alfalfa is very palatable to horses, so they tend to waste less of it compared to grass hay

Is Alfafa Suitable forage for horses

Or are there other more suitable forages? The answers are yes, and yes. Alfalfa hay is a valuable forage for horses when fed to the right classes of horses and in the correct amounts for its full benefit to be realised. The following article looks at the nutrients contained in alfalfa hay and its many and varied uses in the horse industry.

Is Alfafa A Wise Choice

It isn't a perfect food, but alfalfa can be a good staple in the horse's diet. There are a few caveats, but the key here is balance

Few things create more arguments and opinions when it comes to feeding horses than whether alfalfa should be a part of the equine diet. Some say there’s nothing better. Others view it as a kind of poison. The truth, of course, lies somewhere in between.Some Advantages
Horses love it! No argument there. Give a horse the opportunity to choose among flakes of all-grass hay, grass-alfalfa mix, and all-alfalfa, chances are he will chow down the alfalfa flake first. Alfalfa is tasty to horses.
Alfalfa has lower indigestible fiber than grass hays. High quality (“dairy”) alfalfa supplies 20% to 25% more calories per pound than grass hays, although the difference is much smaller for more mature cuts of alfalfa.
Heavily pregnant or lactating mares, and young rapidly growing horses, benefit from alfalfa’s high protein content. Alfalfa is also a rich source of calcium.
Cubed and pelleted alfalfa tends to be very high quality. It is harvested before it becomes too mature so that the cubes and pellets hold together well. The major quality issue to be concerned with is overheating during processing, which will damage the protein. Pellets and cubes should be green, not brown or black on the outside.

DON'T OVER FEED YOUR HORSE 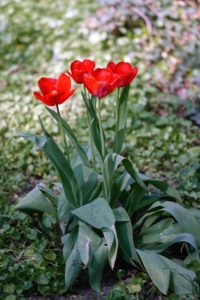